What’s next for Keene Pumpkin Festival 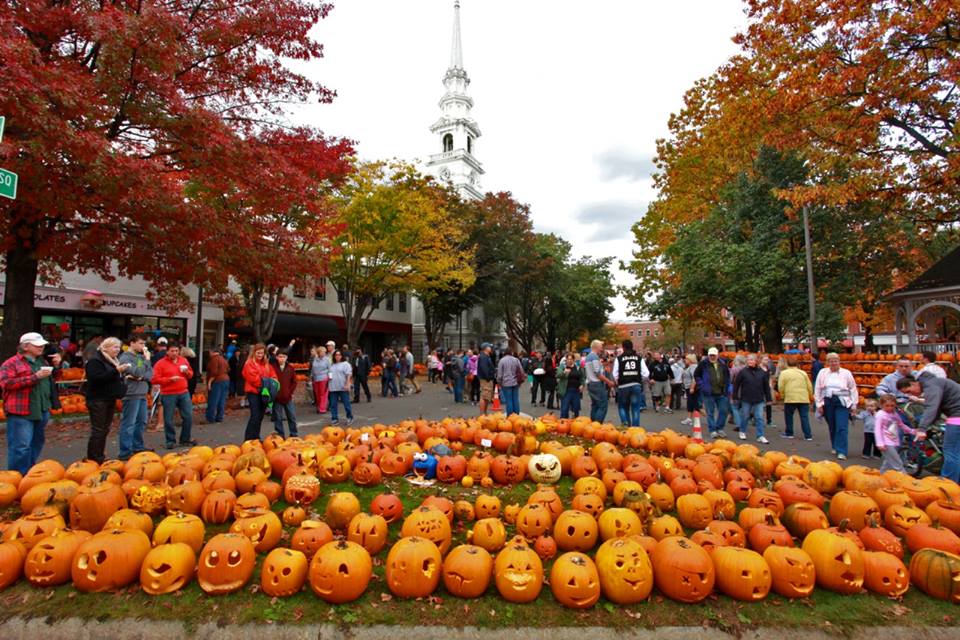 Ten years ago, a proven team of festival organizers threw in the towel and put the future of the fest up for grabs. They said they had done all they could.

In the next four years, Keene Pumpkin Festival underwent some interesting improvements that cleared the Main Street for pedestrian traffic and cleaned up the bulk of 30,000 jack-o’-lanterns in 20 minutes. The new sport of Pumpkin Bowling was introduced. Forty nonprofits earned an average of $3,000 in eight hours for several years. A nationally-televised contest was won and $29,000 was earned and distributed to local educational causes. More than a $1 million was raised to fund the fest. And, yes!, a Guinness World Record was reclaimed.

So it’s hard to see the retreat of the previous organizers as a bad thing. They had accomplished their own miracles. They had perpetuated a public relations program so amazing that it made Keene famous the world over.

Keene Pumpkin Festival was named the best autumn festival by USA Today and COUNTLESS other accolades.
Its public relations value is why its future could be very bright indeed. We are at a similar juncture. The event organizers are bowing out. So how can the event that showcases our beautiful Downtown possibly continue?

Photo caption: People may not realize that it’s more than beautiful orange pumpkins carved creatively that make Keene Pumpkin Festival special. It’s the backdrops provided by the Church at the Head of the Square, the charming sweetness of shops like Life is Sweet, the excellent coffee available on the scene. All of these things may be present 365 days a year, but one day each year, the world took special notice. And fell in love with Keene. This photo may be by photographer James Sequenzia who captured many gorgeous angles.

Six ideas to spark the conversation

Imagine if KSC took on the management of the Downtown fest and provided the renewable person-power to fuel the fest? Outrageous? Not. Keene State students have been key volunteers for the past three years and have always been the most important factor in the festival’s success. With a program manager and the unlimited enthusiasm of students channeled, Keene Pumpkin Festival could shine like never before. Imagine if there were a program at Keene State College in which students could learn the history of the fest—its huge community-building power. Its cracks and its amazements. Research showed that in 2011-2013, the festival was cited as KSC students’ FAVORITE memory of their college careers. It was listed as one of the major reasons they were interested in coming to the college in the first place. Their parents were excited to be part of a world-famous event. The fest differentiated this public, under-graduate New England college from so many others where families could have sent their students. Let’s just lay it out: Keene Pumpkin Festival is a marketing tool unlike any other. Other schools have events that their communities enjoy—pirate festivals, for example. If Keene State College joined its students and embraced the festival whole-heartedly, the event would be world-famous again for all the right reasons.

Here’s another pumpkin-pie-in-the-sky idea. What if the local dental association adopted the management of the smile-based fest? All the local dental offices pitching in and taking on a component of the festival management. Recruiting volunteers as needed, including those high-energy college students, young professionals in the area, service clubs, etc. Who is more organized than a dental office? Streamlining, organization and tidiness are key traits in the success of festival management. Our area dentists and orthodontists have long supported the family-friendly event. What a fantastic PR program for the smile-makers of the Keene area.

Bear with the idea generation here: I/we are, after all, in the business of IDEAS.

If each area service club took on one component of the festival, the team effort could run the fest. Kiwanis, who run the Tree Lighting on Central Square year after year, are naturals for managing Central Square. Elm City Rotary, which took on the Clarence DeMar marathon when its organizers were worn out, can handle any challenge. Maybe the clean-up race could be their bit. The Keene Rotary, which brings us the beautiful banners Downtown, could possibly manage the school carving component? Who knows what each group could devise and introduce? In 2011 Pumpkin Bowling was considered a potentially dangerous, property-damaging, messy idea. Seriously frowned upon by some. Yet thousands of people have waited in line since to have the joy of standing in the middle of a usually busy street and doing something that is pure fun with none of the feared down sides.

Keene Pumpkin Festival is an arts event. Possibly the largest display of public art in NH. That could be developed more, with more “art pumpkins,” more art mediums. Always part of the festival, the paintings, drawings and photographs of the event have been seen around the world. If area arts organizations embraced the possibilities, the beauty of the festival would continue to grow.

If a city were looking for a way to market itself and contribute to its economic development, it could only hope to create something as powerful as Keene Pumpkin Festival. Many cities have marketing managers and budgeted programs. Some cities consider this part of the planning process—to invest in the city’s future by marketing and attracting young families to the area. Over the years, so many people have told us they moved to Keene because they were enchanted with our very special festival. They imagined that the rest of Keene were as special and interesting. Keene Pumpkin Festival got the attention of young doctors looking for a place to practice and settle. Business executives. Professors. Writers. Artists.

Evidently, this idea brainstorming could go on and on…. So let’s just toss out one more radical idea. A small sole-proprietorship with a varied skill set could step up and offer to manage the festival. That firm could attract interns from the area colleges and other volunteers who recognize the career-development prospects this PR event offers. If a small business did this, they might have to jeopardize their family and career, but maybe they could recover from these issues eventually. The job of dealing with international media, hundreds of passionate area citizens, thousands of guests, hundreds of vendors and suppliers, and some of the best damn people she ever hoped to meet… well, it could be memorable.