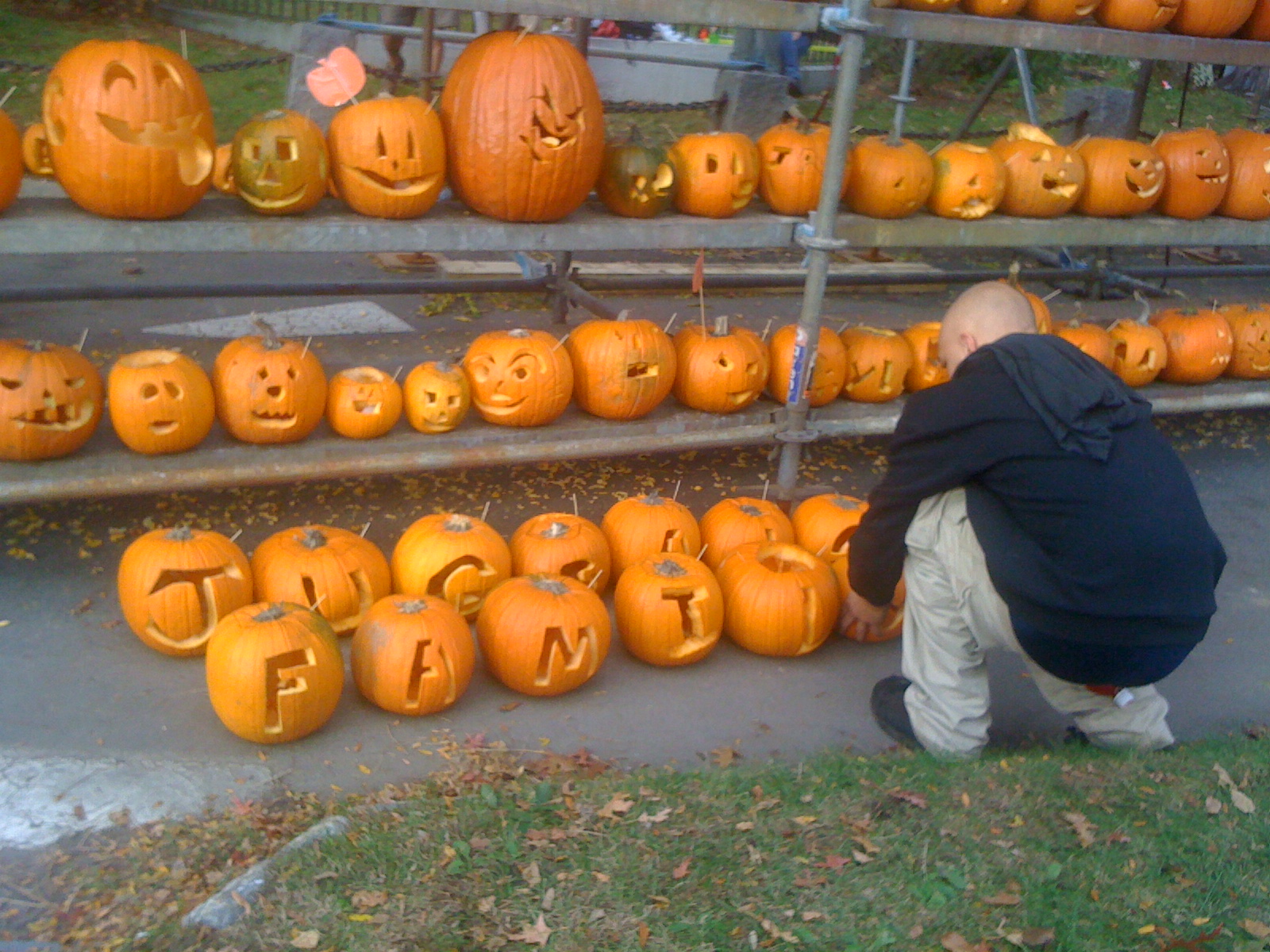 When the end comes, it is nice to be able to say with conviction, “I did what I could.”

I think everyone who has been at the helm of the Keene Pumpkin Festival wanted to do some good.

And good things happened. People were helped, a city was energized and made world-famous. A Guinness World Record was set, set again and again, lost and reclaimed. That record resides in Keene now and some say it wouldn’t if I hadn’t stepped up and given my all. But I didn’t carve 30,581 pumpkins. So credit those carvers and contributors.

But, since 2010, I have been trying to do some good. I still imagine what could be accomplished with the whole-hearted support of Keene‘s institutions—its City officials, its college officials, its daily newspaper, its news radio station, its chamber of commerce. But we did come together, however imperfectly, to create something magical. And prove it wasn’t a fluke. And that if it were extinguished, it could be rekindled elsewhere. And here.

After 10 years of mission “Priority: Pumpkins,” I first want to extend thanks to the legions of wonderful people who helped the cause. I hope I never forget a single soul who joined the effort and gave his/her gifts.

And second, I want to assure myself and anyone else: I did what I could. Whatever skill set I have, I have used it. Whatever energy I had each day for ten years, I invested it.

I have done what I could.

A recent experience awakened me and caused me to reevaluate my personal commitment to pumpkins in Downtown Keene. It was one of those lighting bolt kind of moments. The incident doesn’t matter—what matters is my decision to bow out of Keene Pumpkin Festival. I plan to carve pumpkins but I’m resigning effective September 1 from my other responsibilities including fundraising, nonprofit management, finances, materials storage, communications and event co-management. Ten years of feeling responsible for pumpkins in Downtown Keene is maybe enough. These six words really tell the whole story: I. Have. Done. What. I. Could. 🙂

Photo: As I was thinking about a picture to post with this message, I started looking through photos from the 2011 festival which was the first one I actually managed.

The story behind this photo still makes me smile.

In 2011, Keene was up in arms about a group of civilians taking over Central Square. The Juggalos. As event organizers, we knew we would need to be prepared for potential disruption caused by the Juggalos—either gathering in a large group and refusing to disperse, or maybe even acting in a menacing way and bothering people. There had been news reports of a fatal stabbing, so the situation could have been dangerous.

Now, when I see a group of young people—ages maybe 12-20, my coaching and lifeguarding experience kicks in. I don’t feel fear. I feel responsibility.

Sure enough, Friday, during pumpkin drop-off, while the tower was being populated with pumpkins, the Juggalos started congregating on Central Square.

And a 54-year-old former coach and lifeguard approached them with an uncarved pumpkin in hand and asked if they wanted to do some carving. At first skeptical, they gradually took me for real and hesitantly accepted that pumpkin.

I said, “How many do we need to spell out Juggalos? We can put it on the tower.”

Incredulous faces. “We could be on the tower?”

“Hell ya.” So I got the pumpkins for them and I remember saying, “I’m guessing you’re all set for knives.”

I hope I never forget that moment. Watching those young people earnestly carve their JUGGALO pumpkins. They needed more to add the important word FAMILY.

And so, the scary threat of Juggalos became a shining light of hope on the Keene Pumpkin Festival tower in 2011.

Just one of a thousand stories…. Maybe I’ll tell a few more in the days ahead.